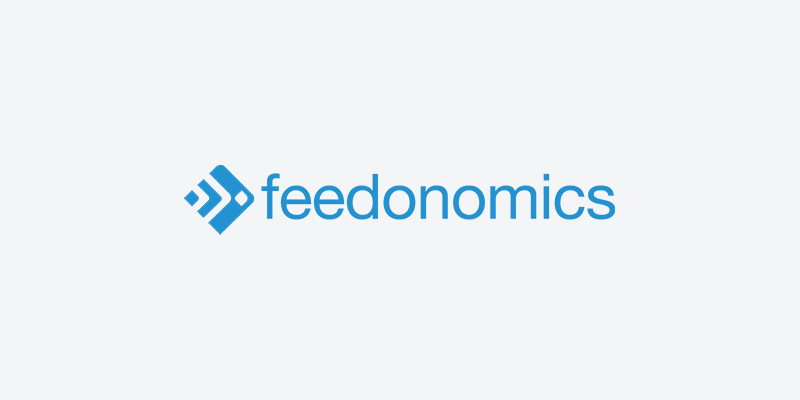 Ad Hoc – This isn’t specific to eCommerce. It’s widely used in many industries, especially in tech, so it’s a good one to know. Ad Hoc refers to a process being done for one specific purpose; ad hoc is Latin for “For This”.
Example: Building a report to show specific information for a specific meeting would be an “ad hoc report”.

Ad Rank – The Ad Rank is an Adwords ranking to determine what order ads are displayed, where the highest Ad Rank gets the first spot, and so forth. It’s calculated by multiplying your Quality Score and your maximum cost per click. The higher your quality score, the lower your CPC can be to achieve the same spot.

Affiliate Marketplace / Network – These are platforms that display advertisements on a wide range of sites. The benefit for clients is that they no longer have to arrange these deals and enroll in these programs themselves, and receive the benefit of multiple streams of ad revenue.
Examples: Connexity, Ebay Commerce Network.

ASAP – A borrowed term from English originally meaning As Soon As Possible. This now refers to literally any length of time involved in part of a project.

Banner Ads – These are a type of ad that is embedded into a website. It’s typically a rectangular image at the edge of the page with an advertisement on it, and if you click on the ad it takes you to the advertiser’s website. These are the types of ads you see on Facebook’s DPAs.

Bids – Many PPC sites have a bid structure. Your bid is how much money you’re willing to spend per click. The higher your bid, the more likely your ad will show, but you may pay more for it. The better a feed, the less you’ll need to bid to get impressions. Google Adwords uses a bid system referred to as a second price auction. (See Second Price Auction)

Bottom Funnel – Part of the Marketing Funnel, also referred to as the Low Funnel. This represents specific interest in the product from people who are close to buying or looking to buy. Their searches will typically contain brands, models, or variant information so they can buy the specific item they need. These are filtered down heavily from the Top Funnel searches testing the waters, which is why they’re represented by the narrowest part of the funnel.

Campaign – This refers to a collection of strategies used for promotion or marketing. The scope of the campaign is usually prepended. In our context, we tend to work in “shopping campaigns”, however most of our clients will have several types of “ad campaigns”, such as text ads. A full “marketing campaign” may include billboards or commercials, also.
In Google Adwords, you can have multiple campaigns withing your shopping campaign. For example, you can have a high funnel and low funnel campaign, which will filter search queries that are more about product research into a campaign with probably lower bids, and search queries for specific models and brands are filtered to the other campaign.

Conversion – If your ad was shown, someone clicked on the link, and then they purchase the product, that’s a conversion. It specifically relates to sales that are generated by the ad impression, however, the way in which they are tallied can vary:
For example, if a person clicks on an ad and buys two products, some campaigns will count that as 2 conversions, some will count them as 1 conversion.

Conversion Path – The series of steps (the path) taken by a shopper to arrive to their final destination of a purchase. Many purchases involve the user accessing the page or site through multiple sources, and/or navigating multiple pages. This series of events is the conversion path.

Conversion Rate – The percentage of clicks that gain conversions. If you have 100 clicks for 10 conversions, your conversion rate is 10%.

Conversion Window – The number of days after a click during which a conversion will be recorded in adwords. This window can be changed in adwords.

CPA – Cost Per Acquisition. This is the Cost per Conversion, however, since the term “CPC” is already defined for clicks, conversion costs are tracked by CPA. It’s a metric that shows the average amount of money spent per conversion (acquisition) over an interval of time.

CPC – Cost Per Click. A metric that shows the average amount of money spent per click over an interval of time.

CSE – Comparison Shopping Engine. This is a search engine that compares prices between stores based on search results.
Examples: Google, Bing

CTR – Click Through Rate. This is the percentage of impressions that result in clicks. 100 impressions resulting in 30 clicks is a 30% CTR.

Cyber 5 – The 5 days spanning from Thanksgiving to Cyber Monday. Not to be confused with giving your internet pals a righteous high five!

Domain – This is the portion of a site’s link that denotes what site you’re on. This is the .com portion, even if it’s not actually “.com” (.org, .edu, .gov)
For www.domain.com/other_stuff/that_isn’t_the_domain/bieber.jpg
domain.com would be the domain.
feedonomics.com is our domain.

DPA – Dynamic Product Ads. This is the official term for Facebook’s Ads. Dynamic Ads are not unique to Facebook, however the term DPA refers to them. You know those facebook ads that follow you around everywhere you go? I.e. you see a particular dress or shoe on a website, that particular product ad will follow you around.

DTA – Dynamic Text Ads. This is a service we provide in which we generate large numbers of text ads through automated solutions. These are separate from shopping ads, however a dynamic solution for creating these ads in a large scale is in high-demand.

Dynamic Remarketing – A type of remarketing / retargeting. Instead of showing ads to people who have visited your site, which is standard remarketing (See definition Remarketing), dynamic remarketing shows visitors ads for the products they actually viewed or added to cart on the site.

FTP – File Transfer Protocol. This is a protocol created to transfer files, as the name suggests. FTP’s will typically contain:
host – the domain you are sending to
username/password – you can have multiple FTPs on the same domain.

Google Analytics (GA) – This is the module that tracks a wide range of information on a shopping campaign to allow ad agents to make smart decisions on their campaign changes.

Google Display Network (GDN) – This is Google’s program for display ads. This would include advertisement that is non-searched, such as retargeting ads, banner ads, or youtube ads.

HTTP – Hypertext Transfer Protocol. This is the standard for a url on the internet, as it’s the protocol used for more open information transfer.

Impression – This is when a page is referenced. For eCommerce, it’s specifically regarding when the ad is referenced. In short: if your ad shows up in a search, it’s an impression.

Marketing Funnel – This is a popular marketing model due to the visual elegance. It represents the volume of interest in your product, which reduces naturally as you move closer to the sale. More people will window shop and tire kick than will actually purchase, and the marketing funnel breaks that process down into several stages. Also see Top Funnel and Bottom Funnel.

Marketplace – A shopping network in which the point of sale is done on the channel, rather than linking to the client’s website. Marketplaces also typically offer programs in which they will fulfill the orders.
Examples: Amazon, Ebay Marketplace, Walmart

PLA – Product Listing Ads. This was the term used prior to Google Shopping, and is more or less interchangeable, now.

PPC – Pay Per Click. This is a common model for online shopping networks. Clients pay a small fee every time their ad is clicked on, rather than flat fees or profit sharing.

Quality Score – This is Google’s rating of how good your campaign is in showing relevant search ads. The more quality data, completeness, and search relevancy, the higher quality score. This is used to determine how much you have to pay per click in order to show, making this score the meat of why optimized feeds perform better.

Performance Data – This is data present in AdWords that can be used to determine how well a product, group, or campaign is performing. These metrics usually include: impressions, clicks, conversions, cost, and revenue, as well as any metrics derived from those, such as CPCs, CPAs, or ROAS.

Protocol – The method in which information is being sent across the web, which can be clarified at the beginning of a URL. They’re typically http or ftp.

ROAS – Return on Ad Spend. This is a ratio that shows how much revenue was generated by the ads, scaled by the amount of money spent on the ads. This is calculated as revenue/cost. If you spend $100 on ads that generate $250 in revenue, your ROAS is 2.5.
“High” ROAS is subjective to each campaign, however a ROAS below 1 is universally bad, because that means your revenue is less than your cost.

ROI – Return on Investment. How much money a client is making on the money they’re investing in their campaign.

SERP – Search Engine Results Page, which is exactly what it sounds like. It’s every result on the page you get when you use a search engine. This doesn’t include the information in other tabs, such as the image or shopping tab, it’s strictly the primary search result page.

Social – Advertisements on social media sites. These typically require less information, as the advertisements are not as in-depth.
Examples: Facebook, Pinterest

Top Funnel – Part of the Marketing Funnel, also referred to as Low Funnel. This refers to general interest in a product, and usually will consist of people searching nouns to find what type of product they need, and typically will not include brands or models. This is the largest portion of searches, hence why it is represented by the widest part of the funnel.

URL – Uniform Resource Locator. This is a web link. It refers to any protocol, domain, and file combination. Both of the following are URL’s:
http://www.stuff.com
ftp://login:password@ftp.stuff.com/shaq.gif

White Labeling – Rebranding another’s product as part of your own. This is common in all areas of marketing, and is something we encounter regularly. Feedonomics is an excellent platform, and many agencies have contracts with us specifically to include our services as part of their PPC packages. Effectively, they are using our platform and services to beef up their offerings, which benefits us with more feeds, and gears our service more towards large agencies. It also means that we won’t be having much, if any, contact with the end users, which is more efficient for us, as well. These clients will typically refer to us as their “feed team”, or something similarly generic, and it’s important that we do not mention ourselves as Feedonomics with end clients.