You may have heard of Nick Vujicic. He’s a world-renowned public speaker, best-selling author, entrepreneur, coach, husband, and father. He was also born without limbs, but that hasn’t stopped him from living life to the fullest.

From founding a non-profit ministry, to surfing and skydiving, to hosting a popular podcast—Nick has several lifetimes’ worth of accomplishments. His personal journey to overcome physical challenges, bullying, and self-doubt has inspired millions of people. Audiences around the world are drawn to his positivity, sense of humor, and perseverance.

Feedonomics CEO Shawn Lipman was fortunate enough to join “The Nick Vujicic Podcast” as part of the Leadership Now series, co-hosted by Nick and leadership consultant, Christine Grimm. In an episode called “Moving the Goal Post,” Shawn shared his perspectives on overcoming adversity, and facing the challenge of running a business during the global coronavirus pandemic.

COVID-19 has affected people and businesses differently, but one constant is that many of our previous goals have become unattainable. Whether it comes to health, socializing, school, travel, or business, the status quo has been upended. For most, this is a period of hardship.

For business leaders, one of the biggest challenges during this period of uncertainty is to provide a clear sense of direction and mobilize the team. This can be especially hard when everybody is feeling a sense of loss on some level. Rather than focus on defeat, Shawn’s strategy is to “move the goal posts.”

Shawn explains that “moving the goal posts” is all about accepting setbacks and reframing the idea of success. His experience as an athlete, coach, and entrepreneur has shown him that it’s simply impossible to win every game. But you can still find success in other ways.

To illustrate his point, Shawn shares an example of the times when he was coaching his kids’ soccer teams. During games when they were losing by a lot, down 10 – 0, he had to find a way to reframe a “win” and motivate the team to keep trying. At that point, scoring even a single goal could be a victory for the kids, so Shawn set that as the new measure of success. That was enough to unite the whole team in pursuit of something.

Shawn says, “The definition of success is something you choose to create for yourself. It’s not what other people say it is. It’s what you choose to make it.”

For Feedonomics specifically, “moving the goal posts” first meant accepting that our growth projections were not going to be possible. The company had grown from four partners to over 160 employees in five years, and we expected our monthly rate of growth to continue. COVID-19 stunted our growth in March and April. Accepting this “loss” was the first step. The next step was to define new goals.

Outlining goals is one thing, but achieving them during a period of high-stress is another. Whether in business or in life, Shawn views a strong foundation as the key to survival. “You can’t have an organization that doesn’t really stand for anything, and then suddenly say, ‘Oh my goodness, the chips are down—everybody, we need to band together.’”

The founding partners at Feedonomics decided early on that they wanted a greater sense of purpose for the company. Shawn speaks of the initial meetings when the foundation was being established. “Who are we? Are we just trying to make some money, are we trying to sell a technology product? Or are we going to try to impact other people’s lives? And are we going to live by a set of principles that are going to create the glue for us to hold each other and ourselves accountable?”

Living by a set of principles in the workplace during good times laid the foundation for sticking together during bad times. Creating a culture of trust happens through everyday actions, and mobilizing a team to strive for excellence would be impossible without trust.

Watch the episode below to learn more about how Shawn earns trust, and what advice he has for people who are trying to survive and pull their team across the line with them. 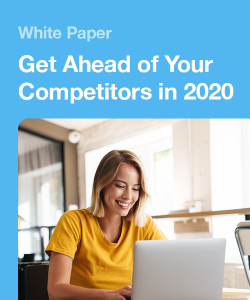